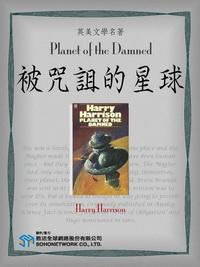 Planet of the Damned = 被咒詛的星球

Dis was a harsh, inhospitable, dangerous place and the Magter made it worse. They might have been human once -- but they were something else now. The Magter had only one desire -- to kill everything, themselves, their planet, the universe if they could. Brion Brandd was sent in at the eleventh hour. His mission was to save Dis, but it looked as though he was going to preside over its annihilation. Originally published in Analog Science Fact-Science Fiction as 'Sense of Obligation' and Hugo nominated in 1962.

Planet of the Damned = 被咒詛的星球