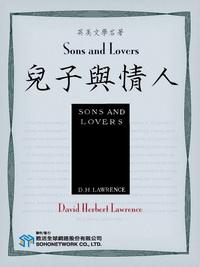 Called the most widely-read English novel of the twentieth century, D. H. Lawrence’s largely autobiographical Sons and Lovers tells the story of Paul Morel, a young artist growing into manhood in a British working-class community near the Nottingham coalfields. His mother Gertrude, unhappily married to Paul’s hard-drinking father, devotes all her energies to her son. They develop a powerful and passionate relationship, but eventually tensions arise when Paul falls in love with a girl and seeks to escape his family ties. Torn between his desire for independence and his abiding attachment to his loving but overbearing mother, Paul struggles to define himself sexually and emotionally through his relationships with two women—the innocent, old-fashioned Miriam Leivers, and the experienced, provocatively modern Clara Dawes. Heralding Lawrence’s mature period, Sons and Lovers vividly evokes the all-consuming nature of possessive love and sexual attraction. Lushly descriptive and deeply emotional, it is rich in universal truths about human relationships.