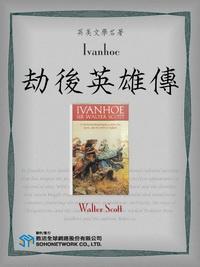 In Ivanhoe Scott fashioned an imperial myth of national cultural identity that has shaped the popular imagination ever since its first appearance at the end of 1819. With the secret return of King Richard and the disinherited Saxon knight Ivanhoe, Scott confronts his splendid and tumultuous romance, featuring the tournament at Ashby-de- la-Zouche, the siege of Torquilstone, and the clash of wills between the wicked Templar Bois-Guilbert and the sublime Rebecca.