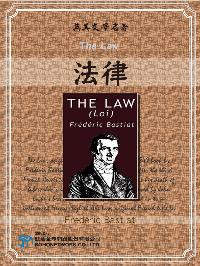 The Law, original French title La Loi, is a 1849 book by Frédéric Bastiat. It was published one year after the third French Revolution of 1848 and one year before his death of tuberculosis at age 49. The essay was influenced by John Locke's Second Treatise on Government and in turn influenced Henry Hazlitt's